The Conclusion to Our Insane Quit Our Jobs, Sell Our House and Move to Washington Adventure 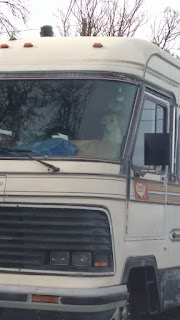 I hope you are having a cheerful holiday and a bit of fun before the New Year.  We had a lot of fun ourselves this year! First of all, as some of you already know, we moved, so Merry Christmas from Mount Vernon, Washington! Why Washington, you ask? Well, keep reading . . .

Let's flash back to 2017. Just after the last New Year, Stephanie and I finally finished our efforts to upgrade and sell our house in Lemoore. Then we headed to Palmdale, CA and completed a retrofit on our gifted 1985 Holiday Rambler RV.  From the end of February through December 1st, we lived in a motor home with 3 dogs and 2 cats. Seriously!


To be perfectly honest, there were a whole slew of adventures and things that we did and learned while living together in an RV, but we'll just share the highlights.  On our way out of California, we got to visit some of Stephanie's top 10 places, including The Winchester Mystery House (click link for pictures) and Colma, California, the setting of her recently re-released short story Forget Me Not - the cover of which was created using a photograph she took during that trip (click Colma link to see it).

We then trucked up to Washington and spent nearly 6 months searching for jobs, while also enjoying and exploring our new state by staying at friend's and family's houses along with RV parks in Monroe, Blaine, Birch Bay, Whidbey Island, Bellingham and Seattle. I was particularly fond of the sleepy little vacation community at Birch Bay where there was an awesome beach and a restaurant with amazing Salmon Benedict. 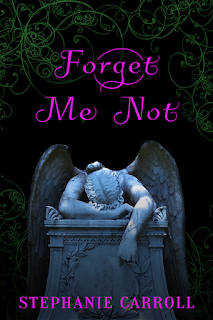 We ended up settling in Skagit County because I started working at Sugiyo. I started working for Sugiyo USA Inc as the Senior Production Manager; it is a small food manufacturer that makes 'imitation crab' which I have since learned is not the preferred way to describe our product.  We prefer to call it by the Japanese name: Surimi.  The folks at Sugiyo brought me on to modernize and expand their operations since I had experience with bigger manufacturing environments.  It's a challenge and a lot of fun because of the group of people working there, many folks have been working with this company since the doors open.  I am looking forward to staying at the same place of employment for decades to come.

Even though her agent is in the process of selling her second novel, The Binding of Saint Barbara, to a publisher, Stephanie also found a job in Anacortes as the Marketing Manager for Extreme Metal & Paint, an auto body shop that specializes in hot rods, classics, and muscle cars.

She's never been what you would call a car girl, but Stephanie has really found an enjoyable workplace and a fun group of people.

This was all stressful and wonderful, but by the time I got settled in my new job in Anacortes, Stephanie had already managed to acquire a realtor and a pre-approval letter. Unfortunately, it's a seller's market in Washington while it was a buyers market in Lemoore, so there was a little bit of a price difference for homes in the areas we wanted to live, but I think that is the universal luck for home-buyers. Nevertheless, we decided to make it work. 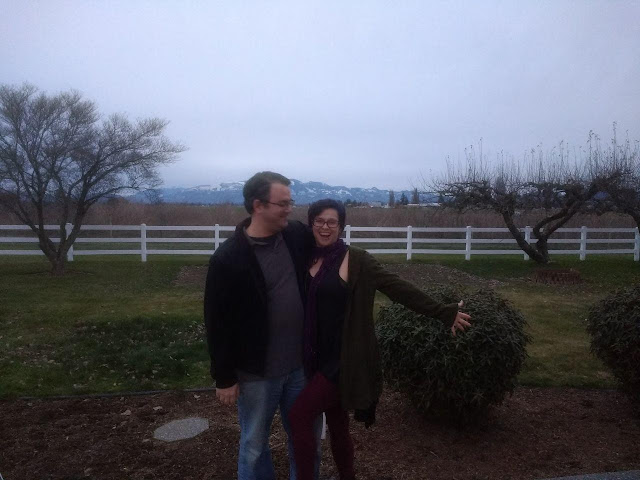 Our realtor, David, was great.  He enjoyed my and Stephanie's good humor toward some pretty horrendous housing options. For example, we went to one promising home only to discover it had been previously inhabited by meth-heads. It looked great but smelled like disinfectant and rat poison.  We also found a house that I really, really liked on Whidbey Island.  It was set back in the forest with about 10 acres and a 4-car garage.  Soon after arriving, though, we learned that the house had multiple secret rooms for growing cannabis.  The odor could only be described as 'pungent'  and the 4-car garage was just a facade.  It had potential, but it gave Stephanie the hee-bee-jee-bees.

By this time we had been living in my friends Steve and Brandy's yard for about a month, and we were seriously abusing their hospitality.  They played host and hostess to our 34 ft. rig and our menagerie of animals with the utmost generosity.  We really enjoyed their company, and I got to enjoy sun rises and sun sets on Deception Pass during my commute to work everyday, but it was really time we moved on. Finally, David the realtor, came through in a big way. There was a house set smack dab in the middle of some of Mount Vernon's most beautiful countryside, which is known for it's spring Tulip Festival. It was also within 10-15 minutes from our workplaces, Lido sailing, and shopping.  We really, really liked this house, so we started the bidding, inspection, and paper-signing process.  Finally, after a 45-day closing and only a couple of stress-induced freak-outs, it was ours!

With a twinge of sadness to be leaving Steve and Brandy's family, who became like a second family to us, we packed up the Rambler and hit the road toward the finale of our nearly-year long adventure. A year-long adventure that was proceeded by a year-long effort to prepare the house in Lemoore to sell. We were ready.

Today, I write this near a roaring fire, as my sister and wife paint the living room, and we discuss plans to roast a turkey for our first Christmas in our new house. There is only a little work to be done on our home as the previous owners were the builders and only prior occupants and kept things in amazing condition.  There are a few long term projects that we are already pricing out, but both of us agreed not to put things off.  This time, this house, we plan to make it ours for the long haul.  :)

So you had asked,  why Washington? We moved to Washington State because my sister Stefanie lives in Seattle, and my beautiful, intelligent, and artistic wife loves the rain. We also realized, after I left the Navy in 2013, that we had never gotten to choose where we lived, and we never felt like we could officially settle in any place. We want to settle in Washington, move forward with our plans to adopt children, and convince all of our closest friends and family to move here too because the only thing Washington is missing is all of you! 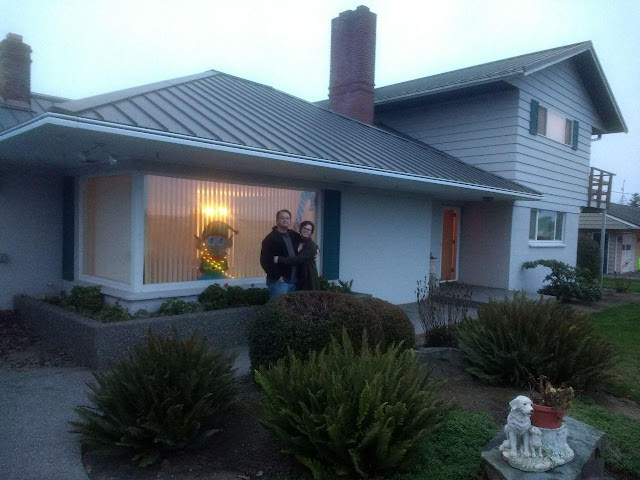 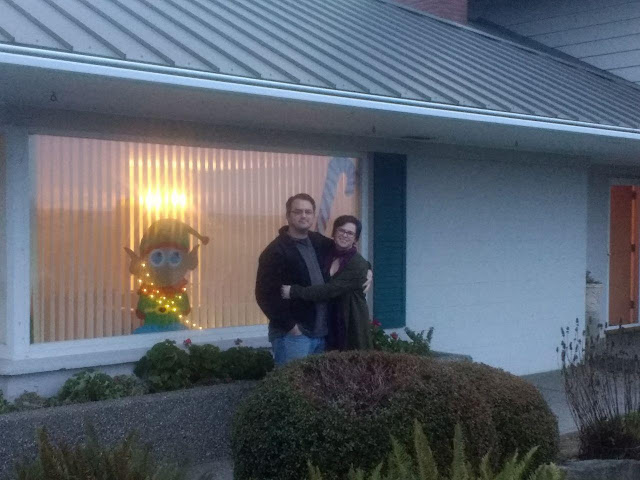 We hope you have the warmest and most blessed of holidays and a happy New Year!

I love your comments and questions so ask away! They won't appear right away as I have to approve them first, but I will get on it ASAP!