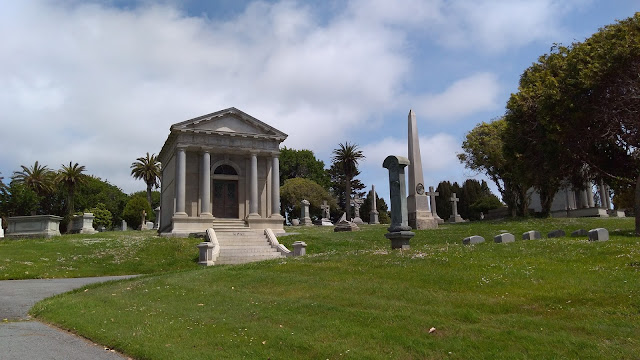 Colma, California is a city of more people dead than alive. It is where most of San Francisco buries their dead, and it’s the setting of my short story “Forget Me Not” (read an excerpt) originally published in Legacy:An Anthology. So how did the city come to be? Just in time for Halloween, here’s 10 Creepy Facts About this Real World City of the Dead plus a ton of pictures from my visit: 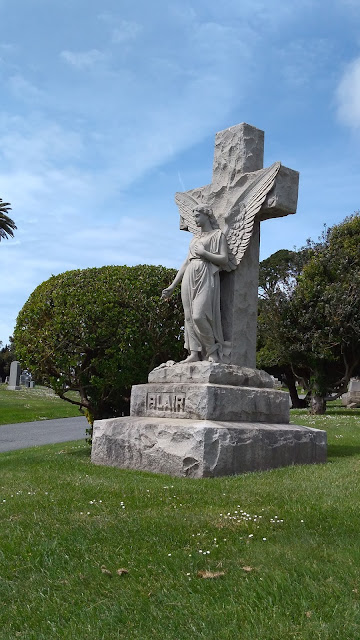 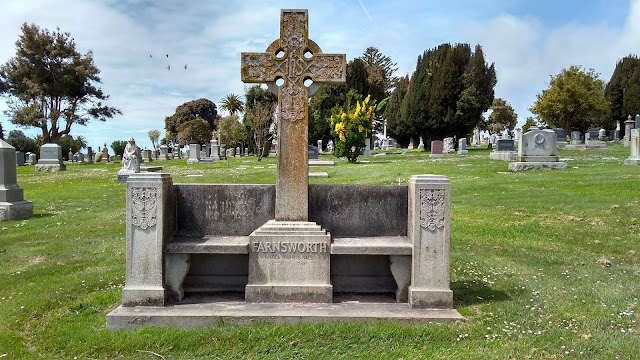 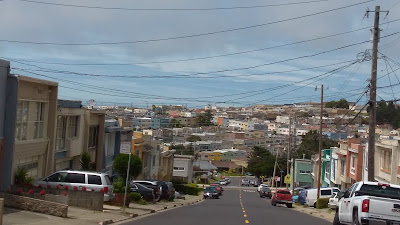 According to the Colma Historical Association, on March 26, 1900, the city and county of San Francisco passed an ordinance prohibiting any further burials in the city. By the 1880's San Francisco already had 26 cemeteries all of which were filling up fast. There was a fear that they would run out of room because the 1849 gold rush brought thousands out west along with disease and a high death rate.

Then on January 14, 1914, San Francisco sent out eviction notices to everyone with deceased relatives buried in city limits. Many of the these graves were relocated to Colma, which is just south of San Francisco. Colma was a popular choice because it had easy access by rail, road and street car. For those who could not afford the $10 reburial fee, their relatives were reburied in mass unmarked graves. 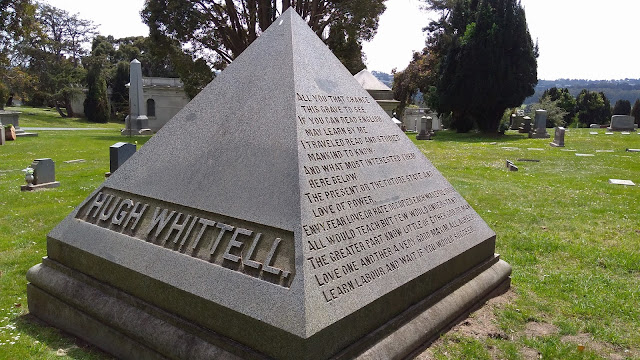 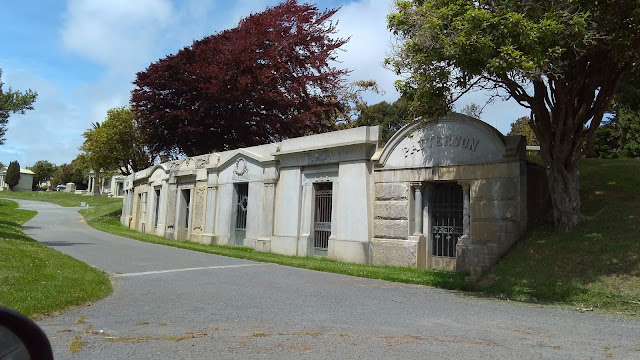 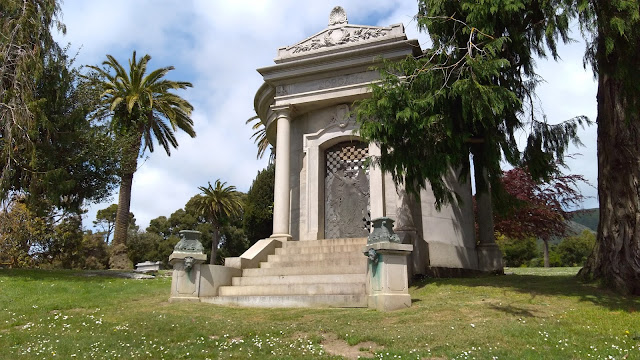 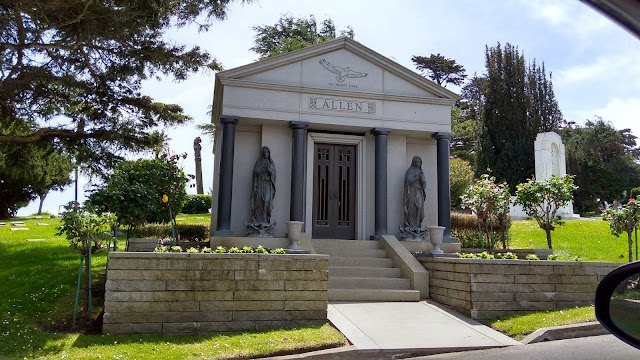 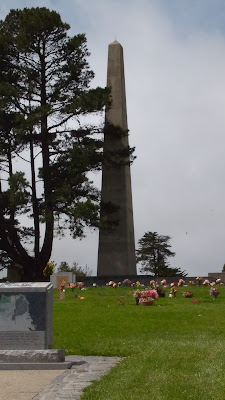 2. Colma was founded as a Necropolis in 1924 for fear of future evictions of the deceased.

5. Funereal Processions cause the worst traffic jams in Colma, so town residents receive phone blast messages to warn them when to expect delays due to the number of expected mourners.

6. Famous inhabitants include but are not limited to:
7. Yes. There is a pet cemetery. According to another New York Times article "Colma, California, a Town of 2.2 Square Miles, Most of it 6 Feet Deep," plots at the Pets Rest Cemetery and Crematory are in high demand, ranging from $550 to $850. Those on a budget opt for cremation, starting at $130. 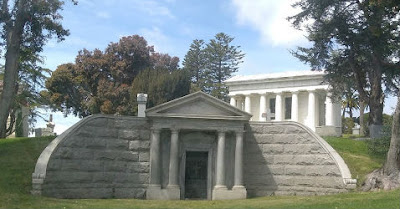 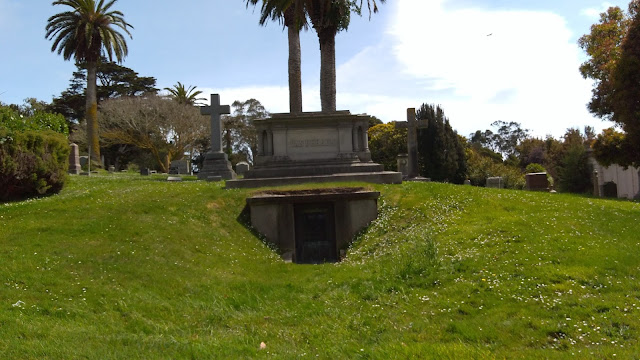 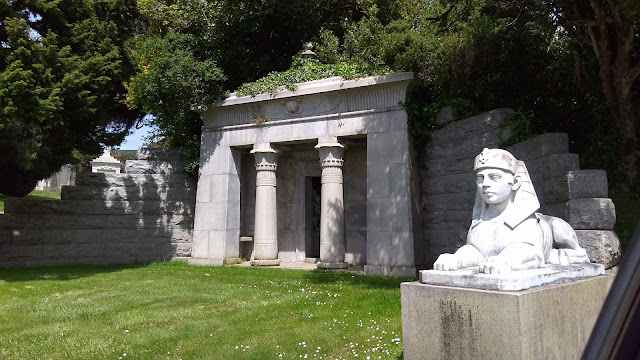 9. Residents, although few, have embraced their "death heritage" and have a lighthearted approach to death. Most businesses in the town are funeral related. Wedding pictures and even ceremonies sometimes take place at some of the cemetery lawns or within their chapels.

10. This lightheartedness is ever present in their town motto: "It's Great to Be Alive in Colma!"

Bonus:
11. Colma has multiple cemeteries that are for specific religions and nationalities including Chinese, Jewish and Italian. 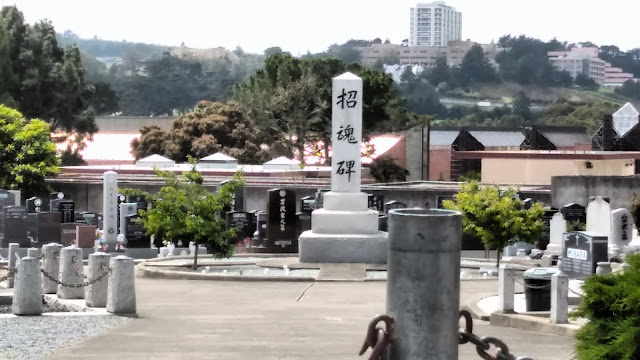 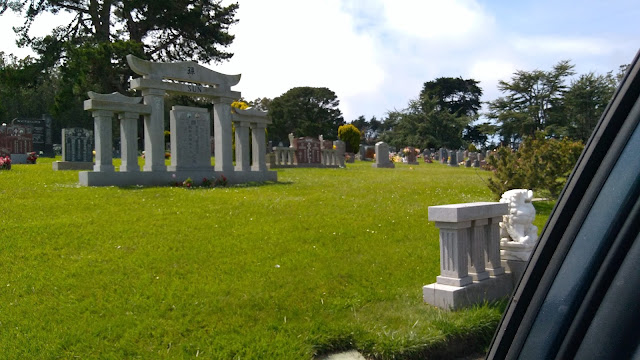 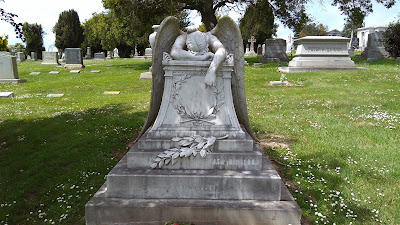 The Angel of Grief is a common funerary statue replicated from the original carved by the American sculptor William Wetmore Story, which serves as his and his wife's headstone in a Protestant Church in Rome. The statue in Colma's Cypress Lawn Memorial Park is for Jennie Roosevelt Pool, Theodore Roosevelt's cousin.

I absolutely adore this statue and really wanted to see it, but the cemetery was so big (with a major street running through it) that it took my husband and I over an hour to find it. Really, it just took us over an hour to realize that the cemetery continued on other side of the like 6 or 8-laned street.

The statue is gorgeous but sadly missing several of its fingers and surprisingly quaint in comparison to the giant statues, pyramids, mausoleums, columned sculptures and headstones throughout. 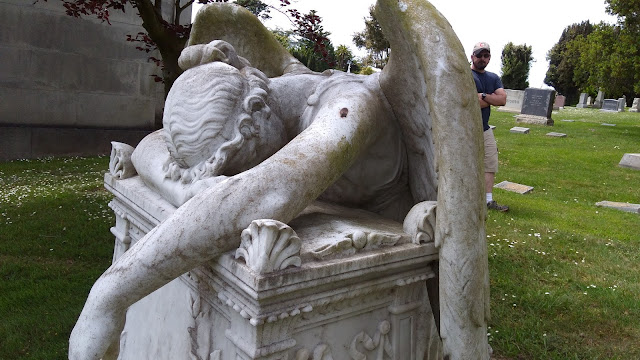 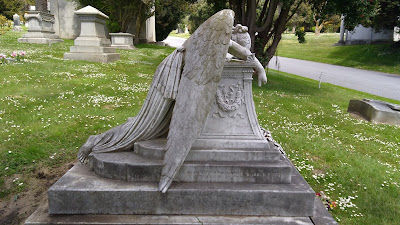 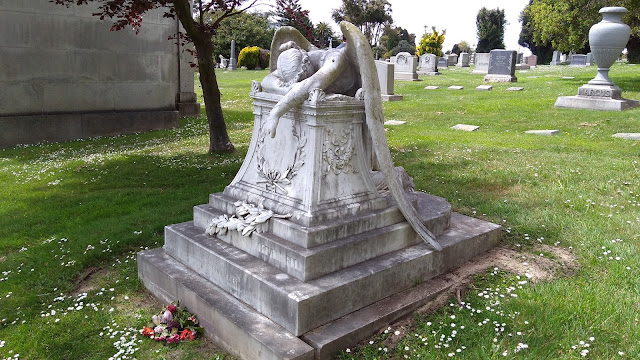 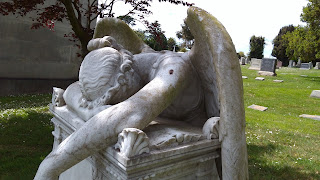 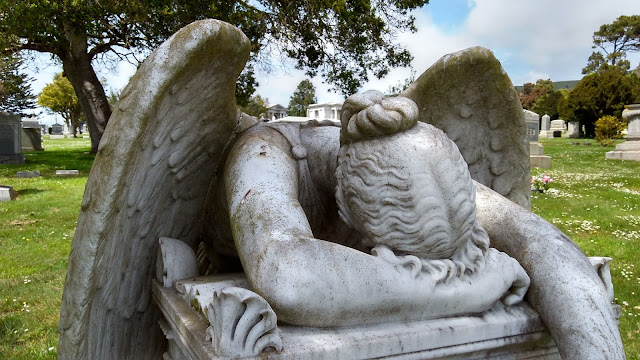 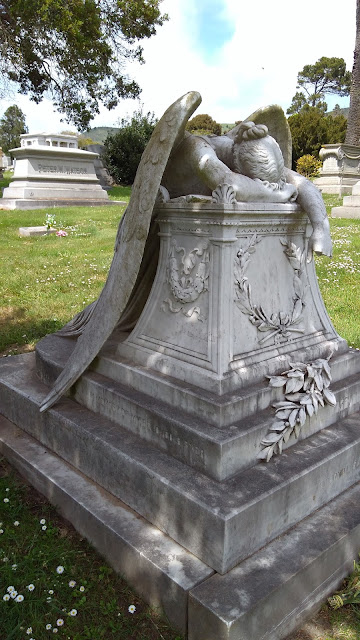 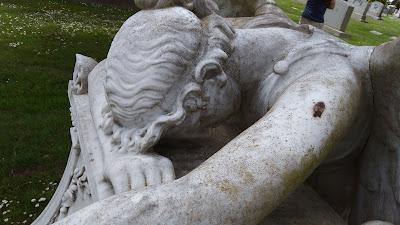 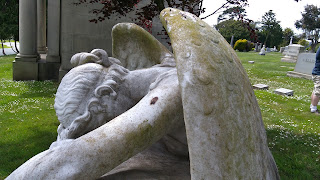 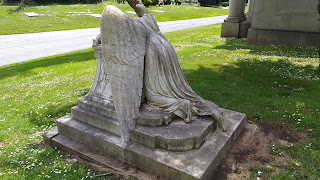 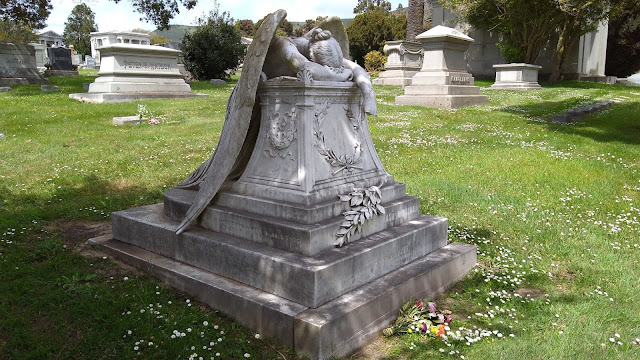 Any interesting facts about Colma you can add to the list?