So I am also a fire dancer! What? I do fire poi and fire fans. My fire troupe Twisted Embers performs in the Central Valley of California and we consider ourselves and our fire art to be a bit twisted, hence the name!

Poi is something that originated out of New Zealand and then became popular in Polynesian Dance and Hawaiian dance. Fire fans are something that are most known from belly dancing; however, finding the origin is a bit more difficult than the origin of poi. Today, many groups have taken these types of dance and put them to their own flavor of music which is what I do as well as my group, which has also incorporated fire staff, fire rope dart, fire hula hoop, and fire eating. 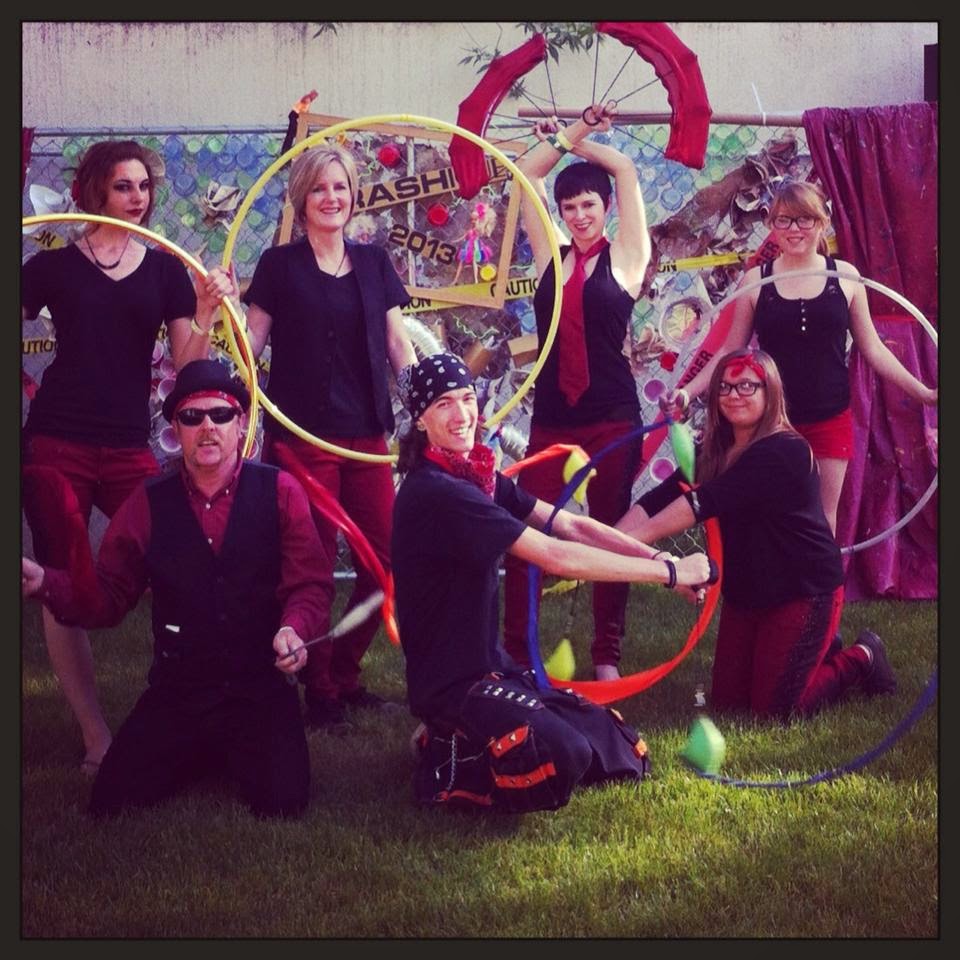 I started doing fire dancing a year or two ago after a friend showed me what she was learning, poi, and I realized it was something I had played around with in high school without knowing what it was. We used to tie glow sticks to the end of kitchen twine and spin it around. I took to it naturally back then and already knew a few tricks by the time I met the troupe. Muscle memory baby!

After rediscovering poi and learning that you could light it on fire, I thought it couldn't get any cooler and then I saw someone do fire fans and I was just amazed. I just had to get some these things. I took to them with a much darker approach than most fan dancers and this lead to my choosing the performance name Rayvn, also inspired by the fact that I write Gothic fiction, like Edger Allen Poe, author of The Raven, which was a piece of poetry that greatly influenced me when I was younger-I actually played the raven in a junior high play.
I don't have as many videos available as I would like but you can see some on my Youtube Channel for Fire not to be confused with my Author Youtube Channel. You can also see some more cool stuff at www.twistedembers.org and on our Facebook Page! Here are a couple of the videos I do like. =)