Asthma in the Nineteenth Century

So if you follow me on Facebook or Twitter, you already know that as of June 2016, my novel The Binding of Saint Barbara is in it's final stages, and I have officially begun shopping it around. Eeeee, so excited. Anyway, it may surprise some that even in these late stages some significant content changes can still occur, and one interesting change that has happened as a result of my last edit is the decision to give one of my characters asthma.

The character I'm giving asthma to is guard Daniel McNaughton, who is based on a real person. In my book and in real life, this guard was the primary day keeper for the condemned ax-murderer William Kemmler who became the first man to die in the electric chair in 1890 Auburn Prison, Auburn New York.

The real Daniel McNaughton was an older gentleman, but in the story I have made him young and the initial object of Charlotte Durston's affection. He is a a man who is trying to make something of himself. His hope is to have this appointment guarding William Kemmler turn into a promotion. He has a personal stake in this because his father was a drunk and hardly could keep a job, forcing Daniel's mother to work until she died. Daniel has committed himself to giving no attention to women or courting until he has established a career that can support a family. 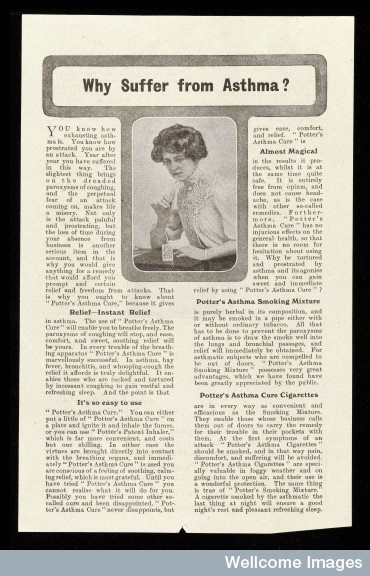 Plus, he wants a woman who is like is mother, strong and capable, neither of which Charlotte can manage, so she is the last person who attracts his attention. Nevertheless, in her efforts to stand out to him, she gets herself attacked by the condemned murderer while on Daniel's watch. This leaves Daniel's future in jeopardy as her father now wants to blame someone for the attack. It also forces Daniel to keep a special eye out to make sure Charlotte doesn't get into anymore trouble.

My first set of beta readers haven't responded to Daniel the way I thought they might. They don't really seem to have strong feelings for him one way or the other so I was looking for a way to make him more interesting or sympathetic and as I read back through the manuscript after my beta readers, I realized there are many scenes where Daniel is put into positions where he is out of breath, and it occurred to me that his situation would be a lot worse if being out of breath was a really bad thing for him. (Always make things harder for your characters!)

Now all his stakes are higher. His job is such a big deal because he's been hiding his asthma and normally wouldn't be able to get a job like prison guard because of it. Plus, every time he has to do something physically or emotionally intense, he's in danger of not only getting exposed but of getting an attack so bad he can't recover. It's added depth to his backstory and personality in general, not to mention an fascinating historical footnote! 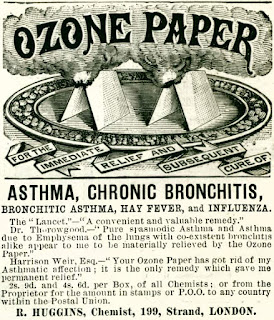 Obviously, they didn't have albuterol inhalers in the nineteenth century, so what did they do for asthma? There were many interesting treatments like ozone paper, but the two main remedies for asthma were black coffee and stramonium, which was smoked through non-tobacco cigarettes and or from powders. The latter is what I used in the book. I have Daniel light the powder and inhale it that way.

I also learned that chronic coughing is an important symptom of asthma, which I didn't know and which actually led me to my doctor who said my post-bronchitis cough might actually be a sign of adult onset asthma, something that is common where I live in the Central Valley of California.

One account from Divine Stramonium: The Rise and Fall of Smoking for Asthma, which cited Marcel Proust: letters to his mother, 1956, was really interesting. It came from a letter by Dr. Adrien Proust father of the novelist Marcel Proust:

‘Misery of miseries or mystery of mysteries?’ That is the title of a chapter in one of Dumas’s novels, which would apply very well to me at the moment. Yesterday after I wrote to you I had an attack of asthma and incessant running at the nose, which obliged me to walk all doubled up and light anti-asthma cigarettes at every tobacconist’s I passed, etc. And what’s worse, I haven’t been able to go to bed till midnight, after endless fumigations, and it’s three or four hours after a real summer attack, an unheard of thing for me.

Here are the main resources I used to find this information and there's some really neat stuff about this in these articles so check them out:

The History of Asthma Medicine

Divine Stramonium: The Rise and Fall of Smoking for Asthma

Evolution of Back Door Bronchodilator