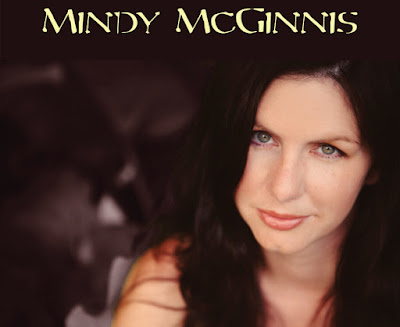 I started reading A MADNESS SO DISCREET recently and I just loved it. I immediately thought that I needed to share it with my readers because the novel deals with many of the same topics as my own, not to mention some timely issues for Women's History Month, so I reached out to Mindy who is really fantastic and so generous with her time that she was more than happy to answer a few questions about this fascinating Gothic thriller.

Mindy is also the author of science fiction titles Not a Drop to Drink and In a Handful of Dust. Plus her first contemporary The Female of the Species is coming out in September of this year and she is working on a fantasy series!

All right so here we go!

1. Tell us a little about your journey to becoming a published author.

I was writing for ten years before I landed an agent. NOT A DROP TO DRINK is my debut novel, but it was the fifth finished novel that I had under my belt before I got to that point. Granted, the first four weren't so great - practice makes better. Never perfect. Just better.

2. Your first two books are sci-fi. How did you get into historical fiction and inspired to do this specific book?

I read widely, and I will read anything. My interests are extremely varied and I knew I wanted to jump genres - more than once, as it turns out. A MADNESS SO DISCREET was my first foray into historical. My next novel from Harper, THE FEMALE OF THE SPECIES, is a contemporary rape-revenge vigilante justice novel, and I have a fantasy series coming from Penguin / Putnam in 2017. So I keep hopping around :)

3. How did your publisher/editor/agent/readers feel about the switch in genre?

I'm lucky in that Harper trusted me to make the jump. True, my first two novels were dystopian, but that was very much the trend at the time - and trends change. You can't keep writing the same thing over and over and hope no one will notice. They didn't know what to expect from me next, so when I handed them a Gothic historical thriller I'm sure it came as a bit of a surprise.

4. What kind of research did you conduct for this book? Did you know much about the topic beforehand?

I knew quite a bit. The concept behind MADNESS came about because I was reading a biography of Dr. Walter Freeman - the famous "lobotomy doctor." I had The Devil In The White City by Erik Larson, which is about America's first serial killer, and a collection of Sherlock Holmes short stories sitting together on my bed stand. I was looking at those three spines and thinking that someone should combine those elements - insane asylums, lobotomies, serial killers and the beginnings of criminal profiling - and then I thought... well hey, I'm a writer. Maybe I should do that. I researched for nearly two years before I wrote a word of the book.

5. How much of the book is based in historical fact?

Quite a bit. The book is set in 1890, and lobotomies weren't a practice at the time, but I needed them in order for my plot to work so I had to get creative. Phineas Gage, a railroad worker, had had a steel pike blown through his frontal lobe in the 1840's and lived - but with a drastically changed personality. He'd basically received a frontal lobotomy from a steel pike. The medical establishment was aware of Gage and the brain science involved in his situation, so it wasn't outside of the realm of possibility that one of them might try to re-enact that situation (minus the blasting powder and pike) and be performing lobotomies before the term existed. So you do have to get creative at times, but for the most part all of the medical practices, treatment of the insane and criminal procedures you see in the book are based on fact.

6. What inspired the magical elements in A Madness so Discreet?

There is a mental patient who believes he can smell cancer, and another who believes that she has a String hanging next to her ear that tells her the future. I've read stories before about medical doctors who use dogs to sniff out cancer in patients - not exactly a standard practice, but some people swear by it. There are also real stories of people whose senses have become scrambled in one way or another - people who can "taste" feelings or things like that. So I thought creating a former doctor who believed he could smell cancer (and actually could) wouldn't be too far out on the extraordinary limb. As for String, that's actually a story from my family. My grandmother had a "crazy" aunt who had a String.

7. Do you plan to return to historical fiction and what's next for you?

I may. I have an idea for a sequel to MADNESS, but it has to sell well in order for that to happen. (So tell your friends! Tell your enemies, if you have more of those!) My next book is THE FEMALE OF THE SPECIES, which will release September 20 of 2016. I also have GIVEN TO THE SEA the first in my fantasy series, which will be releasing in April of 2017.

8. What are some of your other projects (blogs, etc.)?

I run a blog for aspiring writers called Writer, Writer, Pants on Fire. I'm also ridiculously active on social media - I'm in all the places. I also write short stories when the mood strikes me and have shorts in a variety of different anthologies, all of which you can find on Goodreads.

9. Have you discovered any novels that are similar to yours?

One of my favorite novels is THE ALIENIST by Caleb Carr, which was published in the 90s. It also deals with the turn of the century and criminal profiling. It was definitely an inspiration.

Not that I can come up with right now - thanks for having me!

About A Madness So Discreet
Buy on Amazon

Grace Mae is already familiar with madness when family secrets and the bulge in her belly send her to an insane asylum—but it is in the darkness that she finds a new lease on life. When a visiting doctor interested in criminal psychology recognizes Grace's brilliant mind beneath her rage, he recruits her as his assistant. Continuing to operate under the cloak of madness at crime scenes allows her to gather clues from bystanders who believe her less than human. Now comfortable in an ethical asylum, Grace finds friends—and hope. But gruesome nights bring Grace and the doctor into the circle of a killer who will bring her shaky sanity and the demons in her past dangerously close to the surface.