This post was originally featured on Psychotic State,a wonderful book review blog that I highly recommend you follow to discover the best reads.

Also check out my other Victorian Mourning Posts:
Why the Victorians Developed Specific Mourning Etiquette Practices.

And don't forget Why Victorians were Obsessed with Death, this is the post that I did several years ago and was so popular I decided to expand upon with my other Victorian Mourning posts.

Little-Known Facts About Victorian Mourning Culture.
The below post is about the etiquette itself, but with more emphasis on the aspects that you don't read about as often, so there is less info on Memento Mori and Hair Jewelry but more history on other traditions and mentalities.

I put the lesser known facts in Bold because I couldn't separate them from the well known facts that usually get a lot of attention. The items in bold are the details that often times get left out. 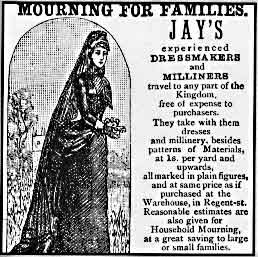 It’s important to keep in mind that the stages of mourning were different depending on the specific point in the century. Further, Victorian mourning could vary quite a lot from Europe to America and even from one coast to the other. Mourning traditions grew popular out of the United Kingdom after Queen Victoria went into deep mourning when her beloved husband, Prince Albert, died in 1861 at the age of 42. Some customs were less strict or elaborate once they reached America. However, there were some overall traditions that remained relatively the same.

The Death
Death was common during the Victorian Era. A large percentage of babies and children died as well as adults. It was a frightening thing as new discoveries about human death spurred more questions than answers. It wasn’t clear if death occurred due the heart stopping or the brain dying and why these things occurred at all. This uncertainty led to a fear that people could be buried or dissected alive.

It also led to fears regarding what it meant about the soul if brain death was the ultimate cause of death. People believed the soul resided within the heart or chest cavity, so it made sense that the heart stopping signaled death as this would mean the release of the soul, but if it was the brain, then what did that mean about the soul? Various advancements in knowledge and technology ultimately created fears over the existence of the soul and life after death, which is why Victorians were also quite obsessed with ghosts, séances, and spiritualism.

Unlike modern times, death most commonly occurred within the home in result of an illness. Lack of medicine and the use of family members to care for the ill meant that all the messy and difficult parts of an illness were witnessed by the direct relatives. Further, the byproducts of the human body ceasing to function were witnessed and cleaned by family members or by servants in an upper class home. Historians have interpreted the elaborate spectacles surrounding death as a way for people to deal with and overcome the most disturbing and traumatizing realities of death in Victorian society.

The Funeral and Burial
The funerals and burials of the deceased were elaborate shows put on by a family even at their own financial detriment. People considered the bigger and better the funeral, the more the departed had been loved, so many would go above and beyond to prove their affections.

The funeral could take place in the home or in a church. People might have a friend of the family sit with the dead for a time or have a waiting mortuary to delay the burial in case of a misdiagnosed death. In the home, there might be a viewing, but not usually in a church unless it was for a very prominent man who would attract more mourners than a house could accommodate. Sometimes people would send out an announcement that the funereal was private to deter a large attendance, but if someone did show up, no one would turn him or her away.

A family might hire a normal horse-drawn hearse or one with a glass cover so people could see inside. Carriages and mourners would follow behind the hearse in a dramatic precession down public streets to the cemetery. The family might also hire carriages for some of the attendees, and some families even hired mourners or “mutes” to walk behind the hearse in the procession.

Of course the more elaborate each step of the funeral and burial, the better, so families were encouraged to purchase the most expensive coffins, elaborate head stones, mausoleums, and family plots. Further, people would buy large amount of flowers, mourning wardrobes, memorabilia including post mortem photos, known as Memento Mori, and hair jewelry made with locks of hair from the deceased.

The funeral business was a huge industry. Many historians believe the popularity of extravagance in funerals originated from the industry’s desire to make money off of the grieving. However, some historians argue that the crossover of extravagant mourning to other aspects of Victorian culture, such as literature, suggests it was much deeper than an economic and fashionable trend. 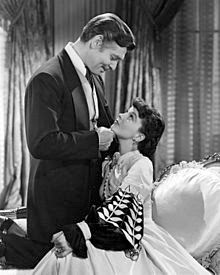 The home was prepared after a death to be a quiet, dark solitude of grief. Victorians would cover the mirrors with black sheaths because women were not supposed to partake in any kind of vanity during this time as they should look dreadful from weeping. Someone would drape a piece of black velvet over the portrait of the patriarch if he had passed. They also locked the piano because no one was to play any music, and there would be no dinner parties or festivities in the house for some time. Sometimes other areas of the home were also draped or decorated with black fabric. They would drape the family carriage with black velvet too.

There were a variety of traditions to signal outsiders that the house was in mourning. Some people hung black wreaths on the door, or the family covered the doorknobs in white crepe for a child’s death or black crepe for an adult’s death. Markers like these signaled to visitors that they should prepare to speak quietly and quickly so they do not overtax or burden the bereaved. The family might also muffle the doorbell to prevent any loud noises, which would startle the already anxious nerves of those inside. Oftentimes, people would not call upon a family in mourning unless they were close friends or relatives.

Public Appearances
Although it wasn’t unheard of to forgo mourning, most people abided by the customs as a sign of sorrow and respect for the dead, especially women and widows in particular. The expectations of mourning were less severe on men who needed to return to work and provide for the family. Women, on the other hand, were expected to isolate themselves for months or even years. It was not acceptable to make or receive calls, attend parties, dances, or any kind of joyous occasion unless it was musical or theatre related. If one attended, she was not to participate in the festivities. This is why Scarlett O’Hara’s dancing in Gone with the Wind was so scandalous.

When women did venture out during their mourning, they were supposed to be properly adorned based on the closeness of the person who had died and on how long that person had since passed. A period of mourning was expected to last between six months to two years depending on the relationship to the deceased. It was always acceptable to mourn longer if the individual so desired.

Mourning Mentality through Fashion
In the first stage of mourning, known as deep or full mourning, women were expected to wear all black or grey dress with heavy, dull fabrics such as wool or crepe. Their jewelry was usually made of jet, and they would wear long weeping veils that reached almost to the ground. During deep mourning, women would isolate themselves, abstain from joyous occasions, and were encouraged to be emotionally devastated. Etiquette manuals taught that women’s nerves would be so rattled that they might be startled by loud noises, burdened by visitation, and incapable of anything other than weeping.

Although devastation was expected, it was not uncommon for men and women in mourning to get married or remarried. At this time, marriage was still an institution of survival, and a woman could not last long without a husband unless her family had the ability to care for her. People generally tried to wait to remarry until after the deep mourning phase ended; however, not all women could survive that long without financial support.

After a period of time, usually a year, a woman could move into half mourning, which was when she could venture out into public more often and add certain colors to her wardrobe, including greys, mauves, and whites. Society expected the transition from mourning garb to cheery colors to be subtle, and many women would transition to a wardrobe of all white before returning to everyday colors.

Children were less likely to be placed in mourning garb by adults although in some areas it was still practiced. Older girls would sometimes be clothed in all white for their mourning garb.